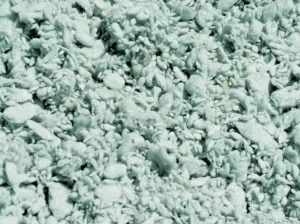 Problems in Dubai with the fire protection

Another spectacular fire has devastated one of the imperial towers of Dubai, known as Torch. We remember that there was already a fire last year. The flames turned it into a real torch. This residential building is considered one of the highest in the world. Fortunately, the authorities were able to carry out the evacuation successfully and the police department says there were no injuries to regret.

Civil defense officials reported that they had successfully rescued residents from the 676 apartments.

Media such as The Guardian pick up the words of a Dubai police spokesman claiming that the ninth floor exploded and the flames spread to the upper floors, but no one knows yet the causes of the fire.

Problems in Dubai with the fire protection

The incident may revive questions about the safety of materials used on the exteriors of tall buildings across the wealthy Gulf region and beyond.

The 1,100ft, 79-storey skyscraper, which is known to be popular with expatriate residents of the UAE city, was devastated by a fire in February 2015. There were no deaths in that fire.

The external cladding on the building was blamed for the rapid spread of the 2015 fire, leading to the decision to fully renovate the exterior cladding – works which began last summer and were believed to be ongoing.

The UAE revised its building safety code in 2013 to require cladding on all new buildings over 15 metres (50 feet) tall be fire-resistant, but older buildings are exempt.

Most of Dubai’s approximately 250 high-rise buildings use cladding panels with thermoplastic cores, UAE media have reported. Panels can consist of plastic or polyurethane fillings sandwiched between aluminium sheets.

Such cladding is not necessarily hazardous, but it can be flammable under certain circumstances and, depending on a skyscraper’s design, may channel fires through windows into the interiors of buildings.