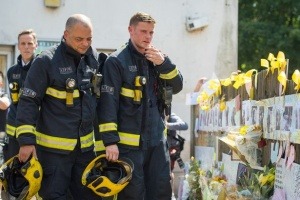 Story of a hero at the Grenfell Tower Fire

A heroic firefighter who tackled the Grenfell Tower blaze has told how he had to make an impossible decision on the 20th floor – as flames ripped through the block and smoke engulfed him and his partner. Finding a couple struggling to breathe on the “19th or 20th floor”, he describes how he had to choose whether to save them or go on upstairs to the “five people” desperately wanting to be rescued on the floor above. 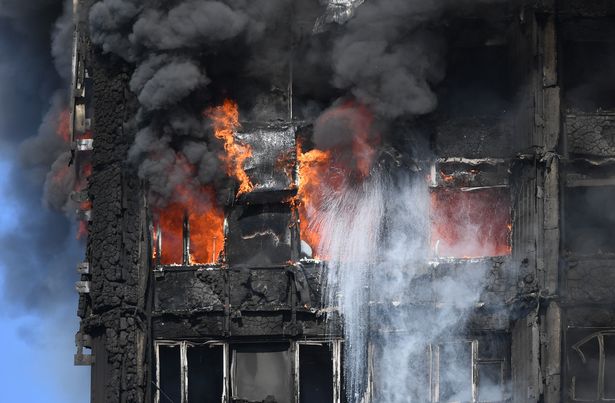 The hero shared his story on the Facebook page ‘Save the UK Fire Service’, who published it anonymously, according to the Mirror. A lengthy and emotional account detailing what went on inside Grenfell Tower – where at least 79 people lost their lives – the post has brought many people to tears.

It begins with a description of the approach to the building at about 1.20am – just 26 minutes after the blaze was first reported to emergency services – when the severity of the situation became apparent.

After running with heavy equipment from four or five streets away, the firefighter was told by the watch manager to head up to the 23rd floor of the 24-storey building, weighed down by more than 30kg of equipment and breathing apparatus. When he had climbed high up into the building, he was forced to make the ‘horrible’ decision.

A poor materials choice caused one of the worst fires in London buildings. Poor choice of materials, lack of sprinklers, non-compliance with various fire regulations in the city, etc … Many were the errors in the fire of the Grenfell Tower that started in a broken down refrigerator. A good passive protection system allows to avoid fires of this type and so many unnecessary deaths.