mercor tecresa® » News about fires » What is the death by asphyxiation ? 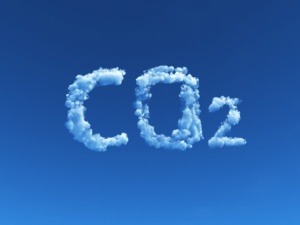 What is the death by asphyxiation ?

Death by asphyxiation or sweet death in some countries is how it is called death by inhalation of carbon monoxide. It is called sweet death because the person who dies does not suffer. By breathing the gas the victim slowly falls asleep unable to react or move. According to reports made in cases of carbon monoxide poisoning (known as CO), the victim may in many cases be aware that he doesn’t feel well, but the disorientation and numbness that the CO produces in the body prevents it from leaving the building or ask for help.

What is carbon monoxide (CO)?

Carbon monoxide is a colorless, odorless and tasteless gas, making it undetectable to humans. The person who breathes it, is not aware that something is wrong until in many cases it is too late

How is produced the carbon monoxide (CO) produced?

Carbon monoxide is produced as a result of poor combustion, either because the apparatus is damaged and does not do the combustion well or because there is poor ventilation and the supply of oxygen to the combustion is scarce. It can be produced by using a fireplace, a stove, a brazier, a heating boiler, an engine … It is interesting to remember that CO must not be confused with CO2, gas that we produce when breathing.

Who are the most vulnerable to the death by asphyxiation?

A few days ago the news was published that a marriage of older people had died at home from carbon monoxide poisoning, but not only the elderly are vulnerable to CO. We are all sensitive to CO, especially if we are sleeping, but the truth is that there is a group of more vulnerable people: the elderly, the fetuses, infants and young children, pregnant women and all those with respiratory or heart problems.

What can we do to avoid CO poisoning?

– Try to keep ventilated the room where you have a boiler, stove, fireplace or engine running.

– Put a CO detector. The electronic sensor of the detector will beep loudly when it starts detecting concentrations that are much lower than those harmful to humans and warns us long enough, even if we are asleep, to wake up and quickly ventilate the room. The CO detector is small, aesthetically pleasing, it is simple to install and hardly needs to be maintained.