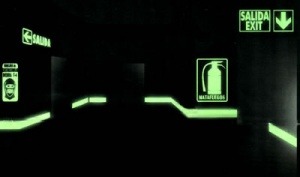 For a long time, the illegal fire safety practices has been reported in various professional forums. Also the lack of inspection to detect these abnormalities and the risk to people and property that such facilities do not accomplish with the valid regulation.

The Supreme Court confirmed the last 3rd February of 2016 the illegality of the luminescent signals class B from NORMALUZ (FOREVER PRINT SL) marketed in the years 2011 and 2012. The last 1st of July, the Commercial Court of Murcia has given one month to the company FOREVER PRINT SL- NORMALUZ to send a letter to those buyers who bought their products in 2011 and 2012, warning of a breach of the luminescent rules of products sold, and the subsequent withdrawal of such products (luminescent signal).

This judgment is important because it requires the withdrawal of a product that did not accomplish with the rules, and hopefully it will serve to clarify the market and to ensure the safety of people. In case of fire, the luminescent signal leads people during an evacuation to a safer places. So, when a product that does not meet the legislation is marketed, the safety of people who may be affected by an illegal product and installation company is involved. In case of accident, it will have penal responsability.

This decision of the Supreme Court rules and contributes to the improvement of the profession, facilities and ultimately the fire safety.