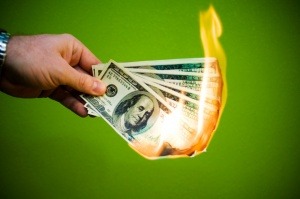 Costs and Economic consequences of fires

Every year, many people die or are seriously injured by fires. 90% of deaths resulting from fires occur in buildings (Source: CTIF Fire Statistics Center, 2006). About a third of fires originate inside buildings. In Europe, the average death rate due to fire was 1 per 100,000 inhabitants in 2003 and 2004, equivalent to 30,000 deaths per year. (Source: Europacable).

Costs and Economic consequences of fires

But fires do not only result in the loss of human lives. The fires generate considerable economic losses for the companies (material damages, loss of activity, insurance premiums, etc).

In a recent report by CTIF (International Association of Fire and Rescue Services)estimates that: “the total economic cost of fires is around 1% of gross domestic product in most advanced countries.”

Considering these economic consequences of fires, it is vital to limit the emission of gases and fumes, to ensure a safer environment for the occupants and the rescue team and to have more time for evacuation.

Most of these fires could have been avoided with a good fire protection system. Many are the old buildings that haven’t got any. The main cause is the lack of investment in these systems that can save lives and reduce the economic cost substantially. The installation of a fire protection system is an investment that worth to avoid this economic consequences of fires.