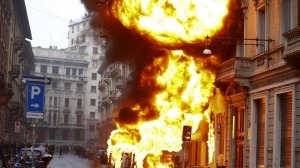 It is necessary an improvement in buildings fire protection

After last fire in buildings we have known recently, we would like to talk you about an improvement in buildings fire protection. Obviously, each country has different security and fire protection rules, both active and passive. Sometimes, this legislation doesn’t completely accomplish the real needs. These are the requirements that, according to Tecnifuego, should achieve :

– Improve the construction of buildings with fireproof materials in the structural part, expanding accessory materials such as doors, windows, built-in wardrobes and furniture in general.

– In vertical buildings, there are many wrong designs in the gas and smoke evacuation on vertical patios where they disperse the smoke by the patio poisoning their tenants instead of doing it by a chimeney.

– Electrical installations should be independent in each apartment and sealed so that smoke cannot scroll through electrical conduits carrying it from one home to the other.

– To examine and remake electrical installations in poor conditions or not properly measured in the electric cables section.

– The tenants should concern for preparing a building evacuation plan in case of emergency and make every building resident to know.

– Improving storage security and fire protection because sometimes there are hazardous substances or a fire load stored that could be the source of a fire. Since these areas are often desolated, smoke detection must be included in order to warn of the fire, as it may become uncontrollable when it becomes visible.

– Locking all the entrance doors to prevent robberies can make the evacuation of people difficult in case of fire as well as the access to the fire equipment.