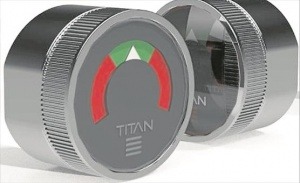 Fire detection and extinguishing systems in homes, offices or industries have hardly changed in recent decades, contrary to what happened in similar areas such as security alarms. Now, an intelligent device that is called to revolutionize this field worldwide  has been created,.

Iit is a forgotten sector, that has had very little evolution in the last 20 or 30 years. A change was necessary. The most widely used extinguisher model today is 50 years old.

This electronic device uses the internet of things – digital interconnection of everyday objects with the network – to telematically review the state of fire systems and warn of possible incidents. In this way, a surveillance of all installations is achieved 24 hours a day, 365 days a year.

It allows to know at all times if there are fire elements without checking or that they do not work correctly by a break, a robbery or the loss of pressure of an extinguisher. Through its sensors it detects the C02, the gas and controls the temperature, which makes it possible to know ipso facto if there has been a fire in any room. The system is completed with a central station receiving anomalies of extinction, which immediately warns firefighters in case of emergency. It also consists of a customized management software to verify in real time an installation from any device.

This innovation will be launched worldwide at the beginning of 2017, with three product ranges: one for critical sectors, another for households and a third for transport.