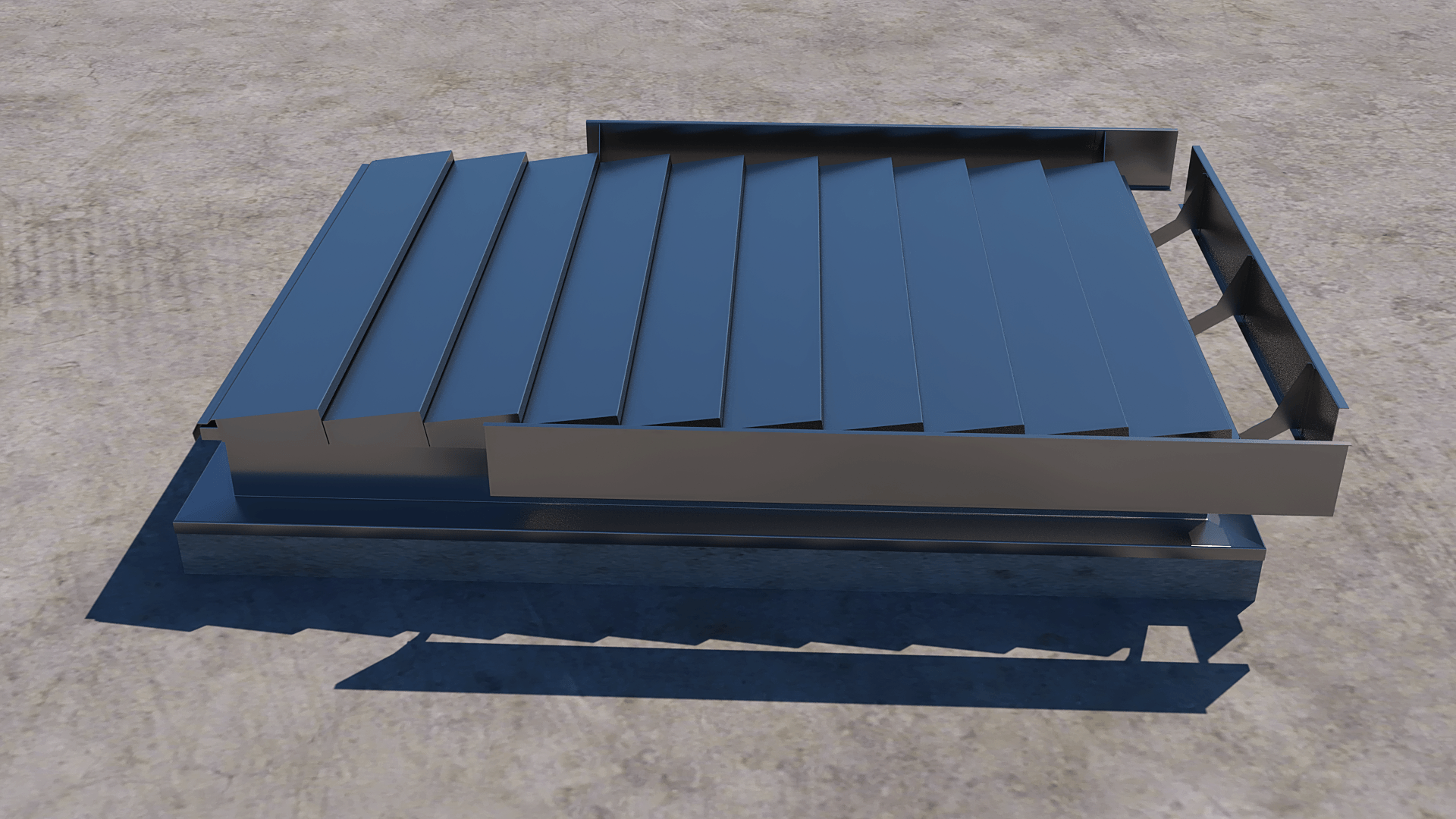 A ventilator is an element that is installed on the façade or roof and permits smoke evacuation via an automatic or manual opening in the event of a fire by means of a draught or natural ventilation.

These elements are regulated by a Harmonized Standard, the UNE EN 12.101-2, that requires the branding CE (now called Document of Performance Constancy) and to pass a series of tests of resistance to high temperatures, an effective smoke evacuation surface, a load-carrying capacity for snow and wind, reliability, etc.

The information of the Effective Smoke Evacuation Surface or better known as the Aerodynamic Free Surface of the “AvCv” Ventilator is what later, by means of calculations according to the rule UNE 23.585, allows us to know the dimensions and number of necessary elements to place in each installation to maintain a smoke-free layer that allows us to: evacuate people without danger of smoke poisoning, be able to locate the focus of the fire to facilitate the work of the fire brigade, and also to control the temperature of the smoke layer to prevent the roof from collapsing and on the other hand to avoid the well-known “flashover” which is a term used to define “spontaneous combustion due to excessive temperature”, meaning that the fire spreads from any point of the warehouse or room due to the high temperature of the smoke layer that can happen starting at 650ºC or less, depending on the scenario.

There are several types of ventilation systems: flap type, twin flap, window type, louvered type, etc.  but today, we are going to focus on the last type of smoke evacuation system:  the louvered models and more specifically, our model LAM.

The LAM model is currently the most widely used because of its outstanding performance in terms of finish, water tightness and weather resistance.  It is made of Aluminum, which gives it a high level of durability while maintaining a lightweight quality.  It also has a high coefficient of smoke evacuation, which allows us to reduce the number of ventilators needed in the installation.

With regard to other types of ventilators, like double flap ventilators, the louvered model has two main advantages:  the mechanical resistance of the louvres that prevent possible falls of people who are working on the roof according to the impact test of 1,200 Joules, as well as an excellent wind performance when they are open in natural daily ventilation mode.

In addition, this LAM ventilator can be manufactured with opaque Aluminum slats or with Cellular Polycarbonate slats that will allow the passage of light.  The slats can also be insulated in their interior as well as along the base, which will give us additional thermal protection.

The LAM Ventilator can also be installed both on the roof and on the façade, the latter being the most common option for the necessary supply of clean air in the event of a fire. 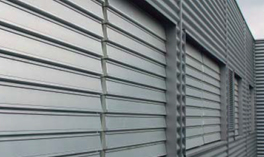 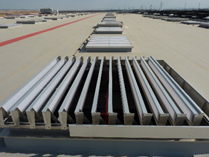 The LAM Ventilator is an excellent structure of high performance and qualities that makes it the best choice for industrial buildings, shopping malls and places of public concurrence where the structures must be manufactured according to regulation, as established in both the C.T.E. DB-SI and the Regulation of Fire Safety in Industrial Establishments (RSCIEI).