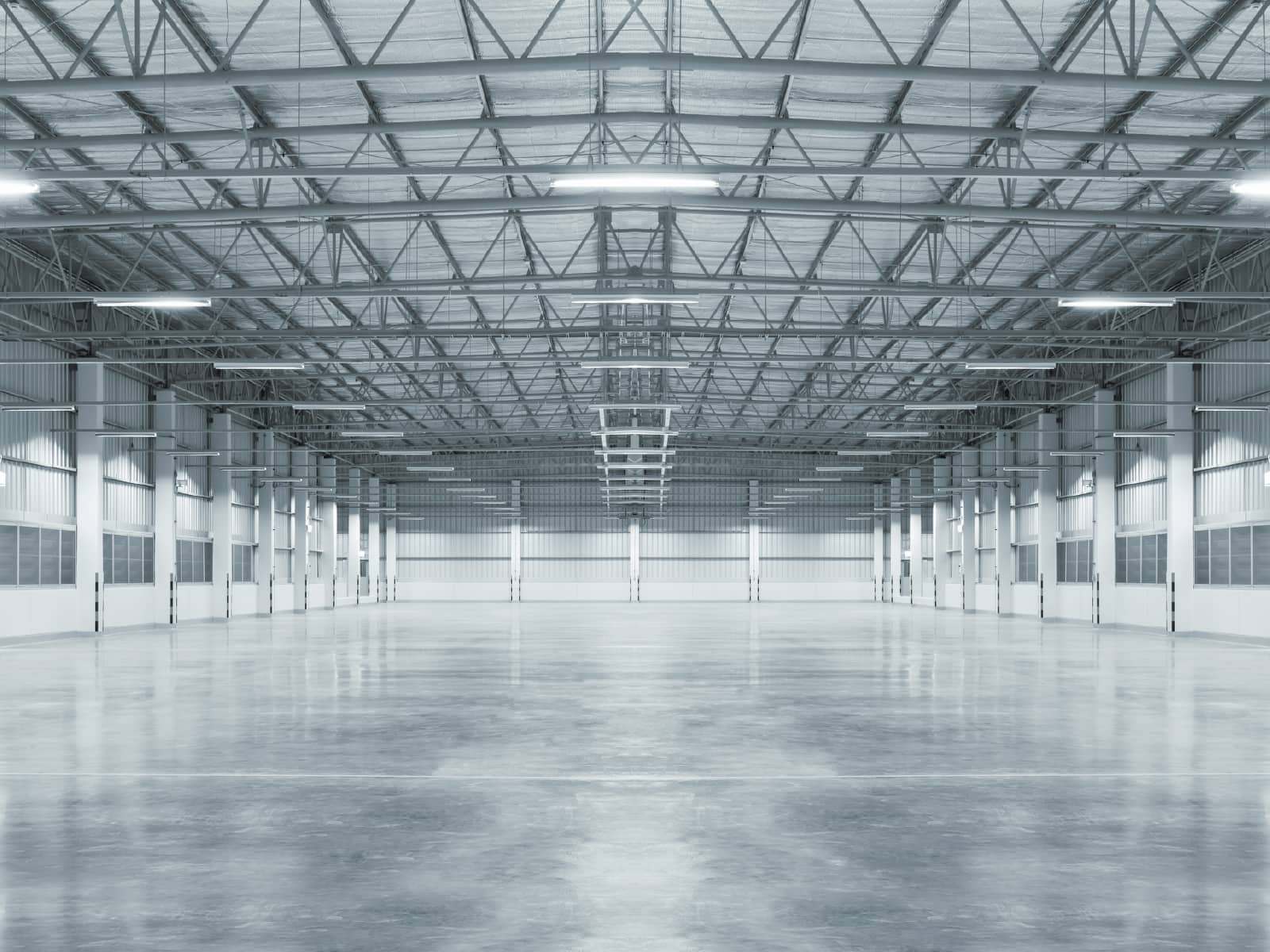 Continuing with last week’s Post, today we finish with the concerning to passive protection in Industrial Buildings.

Also, although less frequent, when the dividing wall meets the façade and the latter makes a break of less than 135º, the fire resistance must be half of the dividing wall as in the previous case, but the distance is increased to 2 m.  If there are fire-resistant projections, we can reduce the distances in the length of the projection. 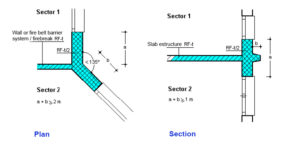 This element commonly called firewall strips would be installed in these four ways:

1.- To have an overhang above the roof (1 a), or that the roofs have a distance greater than 1 m measured vertically between them (1 b), always this element with a fire resistance half of that required for the dividing wall.

3.- Another solution is to anchor to belts, here we have to make sure that the fire resistance of the belts and the support beam is the same or higher than that of the strip.

4.- If we don´t know the fire resistance of the belts we will anchor to the dividing wall with a self-supporting structure, this structure must be tested under the Protocol of Testing of fire belt barrier system or a low test of false ceiling placed as such and it is arranged in this one. There are two possibilities: horizontal strip (4.a) and sloping strip (4.b). These two systems will be obligatory depending on the obligation of the standard of a maximum distance of 0.4 m from the lower part of the starting point of the roof. 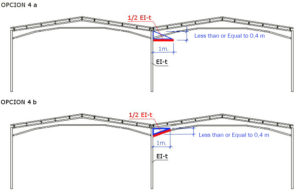 In all other cases, the firebreak strip must be divided equally between the two fire sectors as shown in the graph:

Our Technical Department has developed several solutions for this type of strip, the most common being a Nervometal-type mesh with subsequent application of Tecwool® F mortar and another with Tecbor® Y Boards, the first being very quick and economical and the second having a better finish: 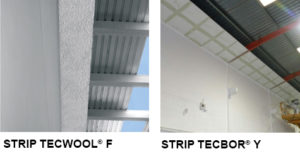 As always, special care will be taken to carry out a correct sectoring of gaps and installation passages between two fire sectors, sealing the passages as we have already commented in previous Post with Tecsel® Sealing Systems.

For industrial installations with risk of deflagration, such as the Petrochemical Industry, there is no specific regulation on this matter, so we work with American regulations. The most common is to work with other types of materials that are more mechanically resistant to explosions and with another heating curve, such as the American Hydrocarbon UL-1709. Mercor Tecresa® has developed specific products for these cases, such as the Tecwool® 825 Mortar and has carried out many tests with this type of Hydrocarbon curve, such as the Cable Tray Fire Protection with Tecbor® Joint  Paste ready to use.