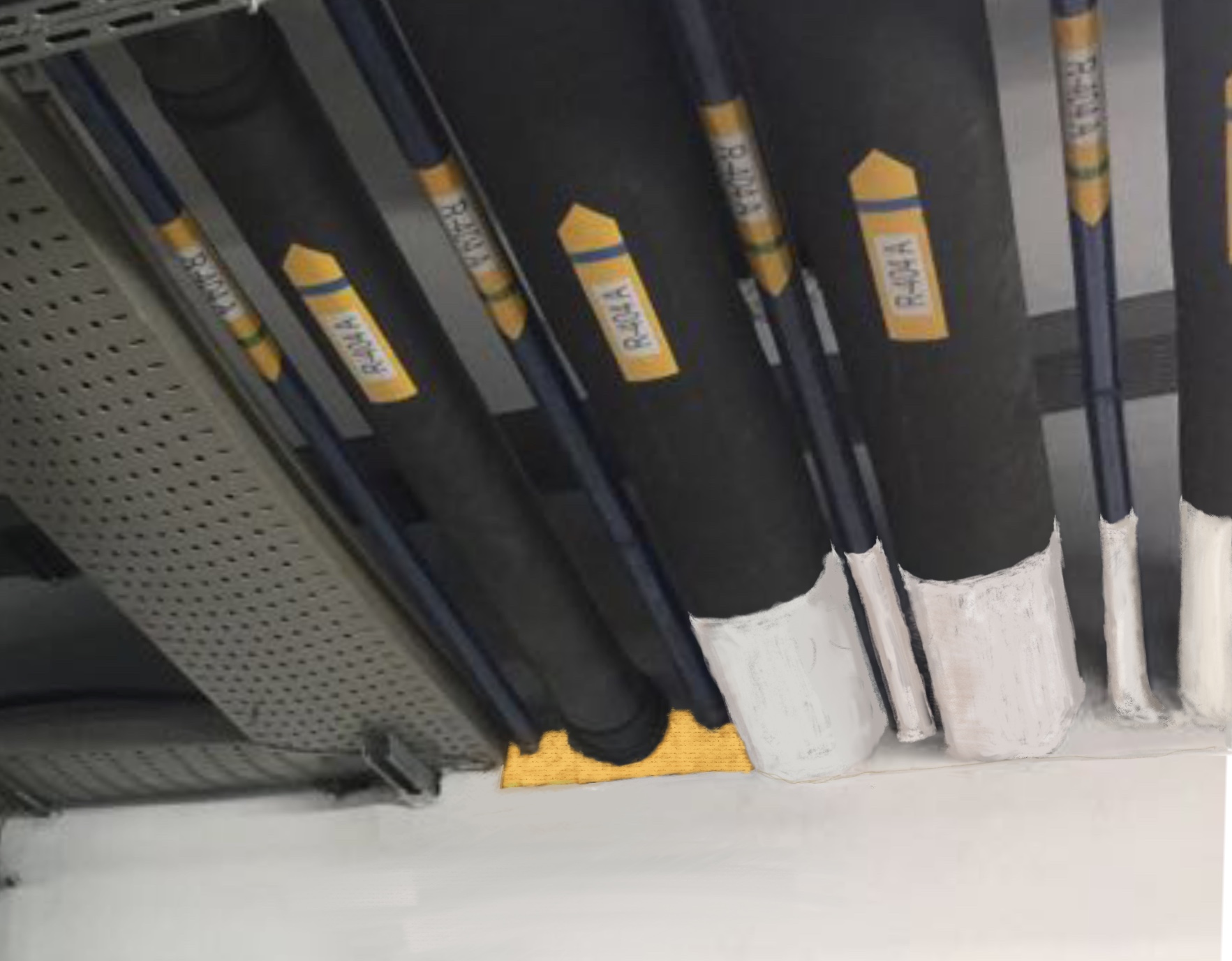 This week we will be talking about metallic pipes and how to carry out the right sectoring as they pass through different fire sectors.

Firstly, we shall talk about non-insulated metal pipes. In this case, the technical code of the building in its section DB-SI states:

“The required fire resistance to fire partition elements must be preserved at points where such elements are penetrated by installation elements such as cables, pipes, ducts, ventilation ducts, etc., with the exception of penetrations with a passage section not exceeding 50 cm²”.

In this type of fire sectoring, it is important to exclude sections with a passage of less than 50 cm2 or its equivalence in a circular section that would be a pipe with a diameter of 80 mm. This exception is going to include many pipes that cross different fire sectors.  This does not mean that the hole, opened by the operator, should not be closed in order to pass through the pipe. It can be closed with common building materials such as plaster or cement mortar.  It is also important to emphasize that the regulation also says that the holes, separated more than 3 m from each other, must add their passage section so that if they exceed 50 cm2 must be sectorized properly.

DB-SI doesn’t say much more about this, but we did find a comment in the Fire Safety Regulations for Industrial Premises. Here it is specified that it is not necessary to carry out a sectorization in metallic pipes with pressurized water, as long as the hollow is adapted to; that is to say, closed with masonry. This has its reason in that the circulating water (or any similar liquid) is going to cool the tube reducing the thermal radiation transmitted through the metallic element between different sectors.

To carry out the right sectoring of metallic pipes, intumescent products must be avoided, as these products are activated (expand and close the hole) at temperatures between 100 and 200 º C. At this temperature, the metal element is still undamaged, so it will not perform any sealing function.  These products are only for plastic pipes, which we will talk about in a future post.

What we must do to seal these metallic tubes is to slow down or reduce as much as possible the thermal radiation that flows through the pipe. We achieve this by applying an ablative product that reacts with the fire by lowering the temperature. At mercor tecresa® we have the Tecbor® Joint Paste ready to use that performs this function in the proper way as it has been tested by painting a 200 mm section on each side of cables and metal trays, reducing the passage of heat by radiation through these elements to the other fire sector.

A different topic is the case of insulated metal pipes. Here we have the problem that this kind of insulation, Armaflex or similar, at best disappears with the temperature, leaving the hole around the pipe or set of pipes uncovered allowing then the passage of smoke and flame without problem. In addition, this occurs in the initial stages of the fire, so the risk is significant. The solution to avoid this problem is to remove the insulation in the sealing area and replace it with high density rock wool (145Kg/m3) placed under pressure in the hole between the wall and the metal pipe. We will adjust it as much as possible to the existing insulation so that there are no thermal bridges that could produce a condensation effect and the fire sealing degrades with the water, causing a humidity problem that did not exist previously to sectorisation. Therefore, as it is always, it is extremely important to count on real professionals with experience in this sort of work.

Finally, we will paint both a section of insulation and the sealing of rock wool with Tecbor® Joint Paste ready to use. This affords us thermal insulation continuity, as well as excellent protection against the increase in temperature and the passage of smoke and flame through the seal.