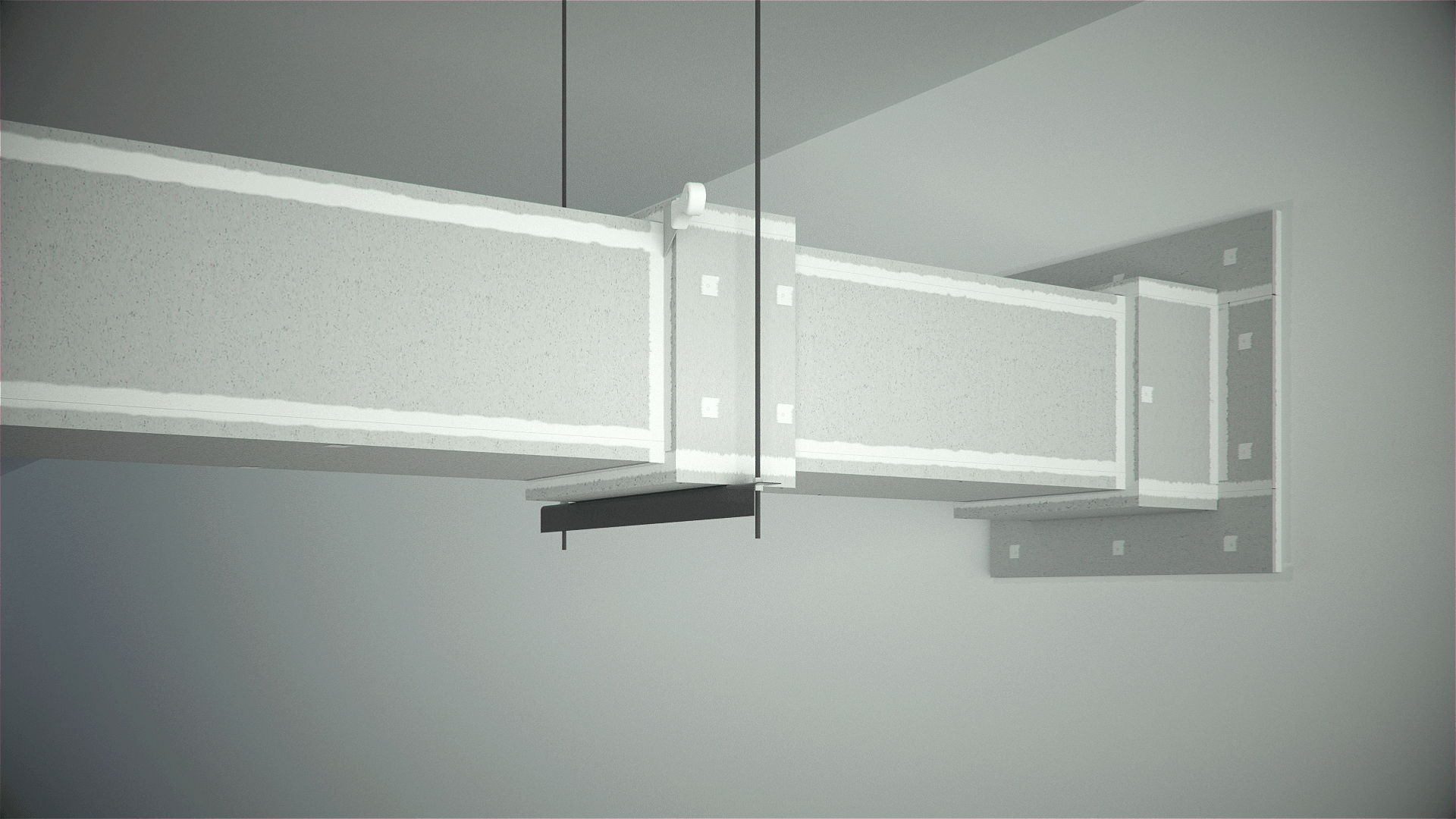 Protection against fire of ventilation and extraction ducts

When a ventilation duct goes through one or more fire sectors, the regulation is clear : it requires the installation of a shutter element at the penetration point to prevent the fire from passing through (for example, a fire damper), or the protection of the whole duct until its fire resistance is at least equal to the fire resistance of the partition wall separating the fire sectors. Today, we will talk about the latter.

In its section 3, the DB-SI establishes rules for the “Internal Propagation” :

The required fire resistance for compartmentalisation elements must be maintained where said elements are penetrated by installations such as cables, pipes, canalisations, ventilation ducts, etc. except for penetrations with a section inferior to 50cm2. To do so, one of the following options must be implemented :

We see, in addition of the concepts of Integrity and Insulation “EI” with the required corresponding time in minute, the symbol “(i↔o)”. Those initials mean inside and outside, and the bidirectional arrow indicates that the element must be resistant to fire both inside and outside of the duct.

Let us illustrate those concepts with the following graphs, considering two possible fire situations and the ventilation duct of a garage going through a commercial premise without protection:

In this case, the fire starts in the garage, goes through the inside of the duct, attracted by the smoke extractor strength. The temperature increase inside the ducts makes it collapse little by little, quickly allowing the fire to spread in all of the commercial premise.

We clearly see here that the installation of a fire-resistant false ceiling in the commercial premise would not work as its support structure would be exposed to the fire and would also collapse during the first minutes of the fire.

Regrettably, lots of ducts are, still today, protected by fire-resistant false ceilings in spite of their lack of utility in this particular case.

In this second case, the fire starts in the commercial premise, reaches the false ceiling, and makes the duct collapse. Once the duct is destroyed, the fire easily goes through the wall and spreads inside the adjacent fire sector, the garage.

It is also necessary to be aware that a difference of pressures occurs inside the duct, due to the capacity of the fire to consume oxygen, causing its deformation. That is why the CTE establishes two types of standard tests for ventilation and extraction ducts :

To be able to approve and certify protection solutions against fire, it is necessary to carry out tests according to the regulation above and to carry out 4 different tests:

Our technical department at mercor tecresa® has developed several solutions to both reinforce the fire resistance of existing ducts and build ducts exclusively with our own material, always respecting the requirements of current regulations. The most common situation is the following :

Tested in horizontal and vertical position, internal and external fire, and for a smoke extraction up to 1.500 Pascals.